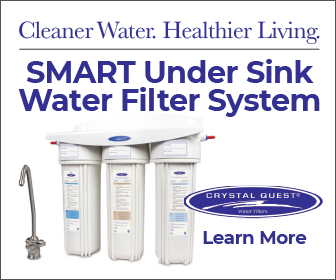 Get Informed | What is Lead?

Lead is a naturally occurring element that is found at rather low levels in the Earth's crust. Compared to other metals it is heavy, but it is rather soft, malleable, with a low melting point. Lead in its pure state is bluish-white, but when it is exposed to our atmosphere it turns to a dull gray color. Lead is a toxic metal that is harmful to human health; there is NO safe level for lead exposure. The degree of exposure depends on the concentration of lead, route of exposure (air, water, food), current medical condition, and age of the individual. Unlike other contaminants, lead can bioaccumulate in the food chain and individuals.

How Does Lead become a problem?

It has been estimated that up to 20 % of the total lead exposure in children can be attributed to a waterborne route, i.e., consuming contaminated water. The primary source of lead poisoning in children is related to consuming dust contaminated with lead or eating paint chips high in lead. The other sources can include soil, household dust, pottery, ceramics, toys, cosmetics, herbal or folk remedies, Mexican candy (Tamarind), and workplace exposure.

Infants, fetuses, and young children are particularly vulnerable to lead poisoning. This is because they usually consume more water and their bodies are actively developing, which facilitates the bioaccumulation of lead. Other sources of lead contamination are airborne particulates, consumer products, and environmental exposures such as paint, dust, workplace exposure, and construction debris.

Drinking water is only one of the possible routes of exposure to lead contamination, but it is one of the easiest routes of contamination to reduce. The primary route for lead poisoning in drinking water is not old or historic contamination of the aquifer by leaded fuels, old batteries or some hazardous waste site but the distribution system used to carry water to your home and, more importantly, the plumbing within your home. That is right: YOUR household plumbing may be the cause for lead in your drinking water.

In homes built prior to the 1930’s water pipes were primarily made from lead. These pipes can be identified because the piping tends to have a dull gray color, can be scratched with a key, and a magnet will not stick to the piping. In buildings built between the 1930’s and early 1980’s, copper pipes were often used, but the solder contained elevated levels of lead. In the 1950's and 1960's galvanized water lines were utilized in new home construction. This does not mean that a newer home is safe from lead contamination. Buildings built prior to 1986 likely contain some lead plumbing. Prior to 2014, the legal definition for "lead free" was plumbing fixtures with a lead content of less than 8 %. In 2014, the term was redefined to include only fixtures with a lead content of 0.25% and newly installed fixtures must use the "lead free" materials, but this did not apply to fixtures currently in use.

What are the Health Risks for Lead?

High levels of lead contamination in a child can result in convulsions, major neurological damage, organ failure, coma, and ultimately death. Moderate to low levels of exposure may result in hearing loss, inhibit growth, and cause learning disabilities. There may be no signs of lead poisoning or the signs could mimic the flu or gastrointestinal disease. The symptoms may include: cramps, irritability, fatigue, vomiting, constipation, sleep disorder, poor appetite, and trouble sleeping.

Unlike other contaminants, lead will accumulate within the body over time, i.e., bioaccumulate. Lead will tend to be stored in the brain, bones, kidneys and other major organs. It can be stored in a child's blood for months and bones for many decades. Some of the effects of lead poisoning can not be cured, but it is possible to reduce exposure to lead. Even fetuses are vulnerable to lead exposure and elevated levels of lead may cause the newborn to be underweight, be born prematurely, and to grow at a slow rate.

What are the Standards for Lead?

Like many contaminants in drinking water, lead the element is potentially hazardous at levels or concentrations that do not impart a noticeable taste, odor, or appearance to the water. Your best course of action is to get your water tested and compile as much information as possible about your water supply source, well construction, surrounding land-use, system plumbing, age of home , and local geology. If you do have a lead problem, there are water treatment technologies available now that can reduce or even remove lead from your drinking water.

Note: Do not test your water for just lead because there may be other primary and secondary drinking water standards that are elevated and may interfere with the proposed remediation system. Two examples would be the water is chemically corrosive and leaching the metal from the piping, solder, and fixtures and/or the system has a high bacterial population that is causing or contributing to the corrosion of the piping in the system. Corrosion would add more than just lead to the drinking water.

The signs and symptoms of lead exposure usually don't appear until dangerous amounts have accumulated in the body, but the following are some "Environment Based" warning signs that you may have lead in the water or in your environment:

Notes on Level 2 Testing for Lead

Since water is only one exposure route, we recommend checking your home for issues related to lead paint and you may want to consider having some hair samples tested. Notes on Level 3 Testing for Lead

For Level 3 testing, we recommend first-flush testing for lead and copper, i.e., Corrosion Check, and then a screening test on the flushed water sample, i.e., the National Testing Laboratory Well Water Check Standard or the City Water Check Standard. 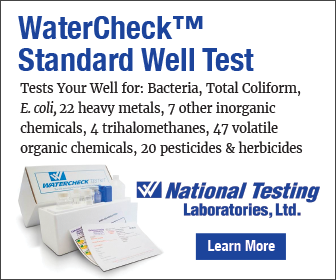 Notes on Level 4 Testing for Lead

If you suspect a problem with lead, it may be necessary to create a custom sampling plan to help identify the sources and likely cause of the problem in order to develop a remedial action plan.

Pretreatment may be needed in some cases to ensure acceptable treatment by the primary unit or system. Some of the treatment technologies may not be amenable to point-of-entry, whole-house treatments. In these cases, point-of-use units may be the best option. Periodic testing should be maintained after the treatment system is in place to ensure objectives are being met and the system is operating properly; most systems will require maintenance on at least an annual basis.

If it appears you are experiencing a problem with lead, an interim measure may be to flush the water lines to reduce the level of lead in the water prior to use and to install a point-of-use water treatment unit. Hot water usually contains more lead than cold water. Therefore, use cold water when cooking and if the lead level is high, use bottled water for making baby formula; it would not be advisable to boil the water. Not Up for A DIY? Need Help Identifying a Local KnowYourH20 Team Professional? Contact Us