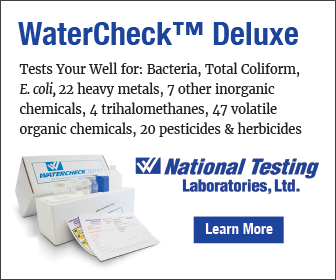 What are Herbicides, Pesticides, Insecticides, and Organochlorines?

Synthetic Organic Compounds (SOCs) are less volatile, i.e., less likely to escape into the atmosphere, when compared to Volatile Organic Compounds (VOCs), like Benzene. Most of the SOCs are part of a list of compounds that we generically call pesticides, but are actually a mixture of herbicides, insecticides, pesticides, fungicides, organochlorinated compounds, and other compounds. Prior to World War II, the primary chemicals used to control "pests" include Arsenic, Copper, Lead, and mercury. In the late 40's and 50's, a series of synthetic chlorinated hydrocarbons, such as "DDT, aldrin, dieldrin, chlordane, heptachlor, lindane, endrin, and toxaphene" were developed and utilized. When it was discovered that these compounds bioaccumulate in the food-chain and had long-term health effects in all ecosystems, new series of "pesticides" were developed and the organophosphorus and carbamate compounds were introduced to the environment. In general, these compounds appeared to have less direct impact on the environment, but it was found that these compounds tended to be even more soluble in water. The EPA has set drinking water standards for many of these compounds.

How do Herbicides and Pesticides become a problem?

Based on studies completed by the United States Geological Survey, the most common semi-volatile synthetic organic compounds found in "shallow groundwater" were atrazine and other triazines, metolachlor, and alachlor. In the Mid-Atlantic Region of the U.S., the most widely used pesticides that have maximum contaminant levels are atrazine, alachlor, glyphosate, and 2,4-D. Based on recent water quality testing in Pennsylvania, we are seeing an increase in the presence of bis (2-ethyllhexyl) phthalate. Typically, the exposure to these chemicals are not high enough to create acute, i.e., immediate health impacts, but chronic or long-term health consequences are more common.

What are the Health Risks for Herbicides and Pesticides?

What are the Standards for Herbicides and Pesticides?

Because of the health concerns and impacts, these compounds are regulated as part of the Primary Drinking Water Standards. If the EPA has not set a primary drinking water standard, the EPA may have provided a health advisory level for a compound. (see EPA Standards and Advisory) The other concern with these compounds is that the daughters or breakdown products may be even more toxic than the parent compound.

Get Tested | Herbicides and Pesticides

If you are in an area with long-term usage of these compounds, such as: agricultural areas, golf courses, railroad/ road/ other right-of-ways, large landscape areas, landfills, or a historic manufacture of these compounds, it would be advisable to get your water tested. It is not likely a regulated City Water source is adversely impacted by these compounds because these systems are actively monitored and the treatment processes may address these contaminants, but spring water/ well water/ and untreated surface water is more likely a concern.

There are very few warning signs of a problem with a pesticide or synthetic organic compound that can be detected by your senses when the concentration of the compound is below the drinking water standard. It is possible that other contaminants, such as Bacteria, salts, or tannins, may be present that are associated with a detectable aesthetic issue. Therefore, the only other warning sign is location, location, location, and surrounding and historic environmental hazards.

Order a Neighborhood Environmental Report to learn about potential hazards in your community.

There are very few screening tests for pesticides and the tests that are available target a commonly used group of chemicals known as triazines. When screening your water we strongly recommend testing for Total Coliform Bacteria, E. coli, Nitrate, Nitrite, pH, salts, and Total Dissolved Solids. 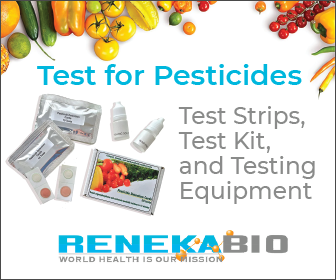 Most quality informational water testing kits include testing for herbicides and pesticides, but we strongly suggest  testing for Bacteria, salts, Nitrate, Nitrite, and related compounds.

Imidacloprid - insect neurotoxin that mimics nicotine.  This is primarily used to control sucking insects, termites, some soil insects, and fleas on pets.

If you need certified testing for these compounds, we advise testing for a broader range of herbicides and pesticides, salts like chloride, nitrate, nitrite and phosphate, aesthetic quality, and the Microbiological quality of the water. If there is an odor that appears petrochemical-like or sweet, we would suggest testing for Volatile Organic Compounds (VOCs). Testing for specific compounds should only be conducted if the preliminary or available information shows that the compound is used in the area.

Get Treatment | Herbicides and Pesticides

It is unlikely that a City or regulated community water supply source would be contaminated with a herbicide/pesticide or other synthetic organic compound, but this is more likely for private water supply systems or transient non-community systems and water systems that are unregulated that rely on surface water and groundwater wells. Herbicides and pesticides may be a concern if you are located in a rural agricultural area, an area that manufactures or stores these compounds, near a landfill, or an area with railroad lines and other right-of-ways. Semi-volatile organic compounds can typically be treated and removed from water using Carbon Filtration, but it is unlikely that air sparing or aeration would be effective.

Because of concerns related to the exposure to synthetic compounds via consumption, inhalation, and dermal contract, the primary recommendation is to develop an alternative potable water source and to use bottled water. For trace levels of synthetic organic compounds it may be advisable to use a point-of-use Carbon Filtration system or whole-house granular-activated-carbon unit.

Submit a Request for Consultation with the Know Your H20 Team. Contact Us

Regarding developing a long-term solution, it is critical not only to understand the source, extent, and nature of the contamination, but also to understand the secondary contaminants that may be associated with herbicides/pesticides. For example, herbicide and pesticide contamination may be associated with Nitrate, Nitrite, heterotrophic bacteria, Total Coliform Bacteria, E. coli, Chloride, Sodium, and other organic compounds. Therefore, the treatment system may need to include oxidation/filtration, air stripping or Carbon Filtration, UV Disinfection, and even Reverse Osmosis. In addition, it is also advisable to remediate or mitigate the contamination event or release before implementing a long-term solution.