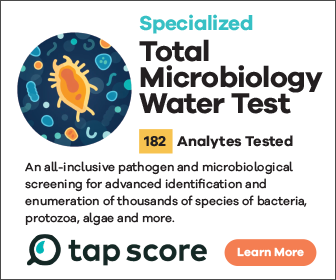 What are Sulfate-Reducing Bacteria?

Sulfate-reducing bacteria obtain energy by using a carbon source to reduce Sulfate to hydrogen sulfide gas. These bacteria typically become established after the dissolved oxygen, nitrate, iron, and manganese in the water have been reduced; the water is in a reduced condition. For many water systems, the presence of these bacteria suggests a long-term microbiological problem with the water and not a short-term or recent condition. The only exception might be a source of water that is directly connected to a deep groundwater source, an anaerobic (no oxygen) lake sediment, or a wetland, all of which are in reduced conditions. This reduced condition may be experienced in groundwater sources that are experiencing contamination from a sewage source, a petrochemical source, and, perhaps, brine water. For a public water system, the presence of sulfate-reducing bacteria could suggest a cross-connection with a wastewater source or a distribution system with "stagnant" water and dead-end connections.

How Do Sulfate-Reducing Bacteria Become a problem?

What are the Health Risks for Sulfate-Reducing Bacteria?

There are no specific standards for sulfate-reducing bacteria, but there are standards for other groups of bacteria. There is a standard for total coliform bacteria (absent or none) and a standard for a "standard plate"count (< 500 colonies of heterotrophic bacteria per ml). It can be inferred that sulfate-reducing bacteria are indirectly regulated by the heterotrophic bacteria plate count standard because sulfate-reducing bacteria are heterotrophic and because a regulated water can not pose a nuisance or have a specific aesthetic problem. The presence of hydrogen sulfide gas may suggest the water is also impacted by a wastewater source that could contain a waterborne pathogen, such as: Pseudomonas, Citrobacter, Aeromonas, Salmonella, Escherichia coli and some species of Klebsiella, all of which also produce hydrogen sulfide (Source).

What are the Standards for Sulfate-Reducing Bacteria?

The first place to help screen your water for sulfate-reducing bacteria is to look in places where your water sets, such as the inside of the toilet tank or water heating tank. If the inside of the toilet tank is discolored, typically black, and there are slimy coatings, and stagnant water in the piping has an initial rotten egg or musty odor with and without "blackish" water, you may have a problem with sulfate-reducing bacteria.

Through Amazon, you can purchase some "BART" testing kits to self-test for iron-reducing bacteria, sulfate-reducing bacteria, and slime bacteria, but please be aware that this may require you to take extra precautions when handling the material and disposing of the containers. If your private source has a bacterial problem, you may want to shock disinfect the source and system using a Well Safe product. 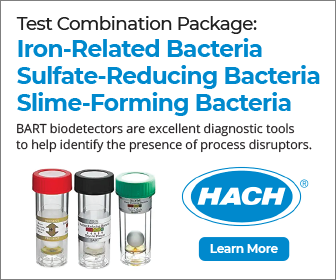 There are informational water testing kits that include nuisance bacteria, such as iron-reducing bacteria. Because sulfate-reducing bacteria can be associated with a waterborne pathogen, a corrosion problem, saline/brine water, or petrochemical contamination, it is typically wise to do more than just a simple test for sulfate-reducing bacteria. It is also not advisable to just test one sample, but it may be wise to test a "first-flush" or "flushed" sample and it may be necessary to test the water from the hot water system.

Want advice from a local professional? Request a consultation from the KnowYourH20 Team. (Possible Custom Screening Test). Contact Us

Certified water testing is available for sulfate-reducing bacteria, but this evaluation should include a wider range of microbiological agents and other water quality parameters. Because the issue may be related to a stagnant flow system, the testing may need to include a "first-flush" sample and a "flushed" sample. If you need assistance with finding a certified laboratory, please Contact our team.

To determine the best way to treat or manage an issue or problem related to sulfate-reducing bacteria, it is critical to understand the source of the contamination and the associated water quality. We recently had a regulated water system that had a reported problem with arsenic. During the on-site inspection we noted the water had a strong sulfur-like odor, we were informed a biofilm layer was clogging the intake, and the operator complained of a need to constantly increase the chlorine feed to maintain chlorine residuals. We tested for slime and sulfate-reducing bacteria; the well was positive for both. We decided to attempt to treat the well for the biofilm growth using a chemical additive. After purging the well, the yield went up, the arsenic level went down, and the nuisance issues were eliminated: NOT long-term treatment, just proper maintenance.

For well water users, our primary recommendation is to inspect your wellhead and shock disinfect the well and distribution system. The shock disinfection should be done twice and the water lines should be flushed with all water treatment systems by-passed and in-line filters, and aeration devices removed. If you have a standard water heater, we recommend that the unit and the distribution lines in your home should be disinfected. If this is a city water source, it may be necessary to flush the water main and in some cases shock disinfect the water heating system. This is why we recommend that homeowners on a city water system install a clear water filter housing immediately after the "city water" enters your home. If you are in an apartment complex, the issue could be related to a cross-connection or backflow prevention issue and stagnant water conditions within the complex. This condition can only be fixed by management. The installation of a carbon filter will not fix this problem for the long term.

Want advice from a local professional? Request a consultation from the KnowYouH20 Team. Contact Us

For city water customers, the long-term treatment is typically the responsibility of the water provider. Treatment may need to include increasing disinfection residuals in the water, changing piping, and flushing water lines. For city water customers with intermittent water quality problems, we suggest the installation of a barrier water treatment system that would include a whole-house backwashable particle filter (we do not recommend a carbon filter), a UV disinfection system, and then some point-of-use submicron particle filters. In some cases, individuals try to address this issue by treating the symptom, i.e., the hydrogen sulfide gas, using carbon filtration - This is not a good solution and we do not recommend it.

For private systems, the treatment process will depend on the water source and the extent or presence of other contaminants. For these systems, the first step is typically a combination of chemical oxidation/disinfection, a reaction tank, backwashable particle filtration (in some cases a carbon filtration system is advisable), and then any additional water treatment systems to address other water quality issues. In many cases, it is necessary to use a professional to install, manage, and maintain these systems. After the system is installed, it would be advisable to benchmark the system to ensure it is operating properly and then the system should be inspected and maintained regularly.

If you are using a water well or spring box, you may need to hire a contractor to chemically treat the well to address the combination of bioslimes, biological organisms, and associated chemical scale; the solution to the problem may be regular cleaning and maintenance and not installing a treatment system. The well may need some rehabilitation.

Seek Advice from a Local Professional (Customized Solution). Contact Us