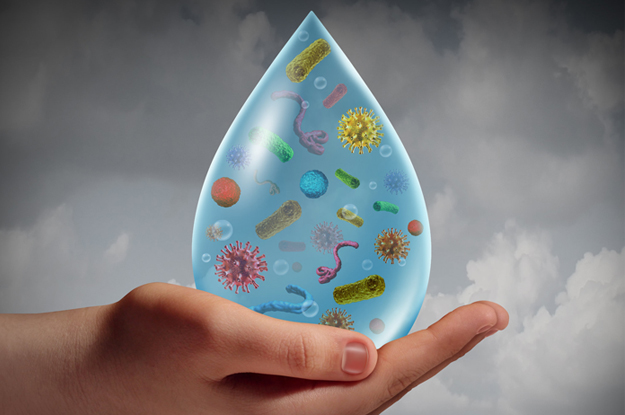 We’ve divided our list based on if the Source of the Drinking Water is:

Additional factors include whether the source is groundwater or surface water.

For the City Water category, this would include all municipal water systems and public water systems where the water is supplied by someone else. You pay a monthly bill in your rent or an actual water bill to a water authority, water company, or a municipal agency.

“Every year from 1982 to 2015, between 9 million and 45 million Americans got their drinking water from a source that violated the standards of the Environmental Protection Agency (EPA)” (Source).

Of these violations, three to ten percent were related to health-based standards and some of the cities with the highest incidence of problems include:

Note: “Of tap water samples from 44 places in 31 states and the District of Columbia, only one location had no detectable PFAS, and only two other locations had PFAS below the level that independent studies show pose risks to human health”.  Some of the highest levels are found in North Carolina, Iowa, Florida, New Jersey, Pennsylvania (Philadelphia), Kentucky, Louisiana, and South Carolina.

For these water users the Top Drinking Water Contaminants and problems were:

The most common bacterial agent is the presence of Total Coliform and E. coli. In the water, but because public water systems have been treated with chlorination and many obtain water from surface water sources these systems have had problems with other Waterborne Pathogens like Legionella, Giardia, Cryptosporidium, and Viruses. Because of the size of the distribution systems, stagnant flow conditions, and the lack of backflow prevention these systems can also experience problems with nuisance bacteria (Iron Bacteria, Slime Bacteria, and sometimes even Sulfur-Reducing Bacteria).

Elevated levels of Lead and corrosion by-products, which can include Aluminum, Copper, Iron, Chromium, Nickel, Lead, and Zinc. This is commonly associated with corrosive water, very soft water, hard water that has been softened, water with elevated levels of Chloride and sulfate with a low pH and Alkalinity, lead pipes, chemical coatings and films on piping, Microbiologically induced Corrosion, and in some cases piping plumbing materials that are not NSF approved for drinking water may leach vinyl chloride and other plasticizers. The signs of a Corrosion problem may include bluish-green stains on sinks and fixtures, a metallic taste to the water, stains and films on basins, discolored water, and premature failure of piping, fixtures, and water related infrastructure.

A common problem that customers report includes the following: "my water smells like a pool", the water "burns my eyes or dries my skin", or "the water tastes like chlorine". Chlorine and chlorine by-products like Trihalomethanes and other Disinfection By-products can contribute to aesthetic problems with the water and some by-products have been associated with cancer. High levels of Chlorine can irritate the eyes, stomach, dry skin and hair, reduce the melanin in hair, and if you color your hair, it will cause the coloring to leach out.

Chlorine by-products in drinking water processing are used to not only disinfect the water, but to provide a disinfection residual or capacity in the water and in some cases help to oxidize other metals and control biofilm development.

In human and animal studies, chloroform, bromodichloromethane and bromoform (all by-products of chlorination) have been linked to bladder and colon cancer; at relatively high concentrations, there is a link between Trihalomethanes and birth defects, other reproductive issues, and damage to the kidneys, liver, and nervous system.

Chloroform, bromoform and bromodichloromethane are classified as probable human carcinogens (Class B2).

Dibromochloromethane is classified as a possible human carcinogen (Class C).

The latest in the war on your drinking or tap water and your health are the forever chemicals. Per- and polyfluoroalkyl substances (PFAS) are a grouping of man-made fluorinated organic chemicals that have a wide range of use in industrial application and commercial goods. These were chemicals that were developed to make our lives easier and better, but have been determined to be very difficult to break down, bioaccumulate in the food chain, and evidence now suggests these chemicals can cause adverse health impacts in humans and other animals. This is not just a drinking water issue, these chemicals have been in many of the consumer products we use for cooking, make-up, clothing, cleaning, and making things water repellent.

Radium is a naturally-occurring radioactive metal that is present in the Earth's crust and can be found in plant tissue, animal tissue, soil, and bedrock. Radium is formed in an intermediate step in the radioactive decay series of Uranium and thorium which end as a stable isotope of lead. Because they produce ionizing radiation, Radium 226 and Radium 228 are known carcinogens. Exposure to radiation from these radium isotopes has also been associated with anemia, skin and blood disorders, osteoporosis and other bone disorders, cataracts, kidney disease, liver disease, and an impaired immune system. You can not see, smell, taste, or otherwise detect Radium-226 or Radium-228. There are meters that can be used to measure background radiation in your area and even radon meters for your home, but there is no simple at-home screening test for radiation in your drinking water, but you can get your water tested.

Contamination of treated "City Water", i.e., a community water supply system or a non-transient non-community system, by radionuclides is not likely because the EPA and state agencies require that the raw water sources be tested and standard water treatment processes would reduce the level of naturally-occurring radionuclides prior to entering the water distribution system.  City water that may rely on a groundwater source may be vulnerable to Radium. You can not see, smell, taste, or otherwise detect Radium-226 or Radium-228, it is up to you to get your water tested and review the information provided by your water supplier.

Example: City of Seaford has alerted residents that one of its wells exceeded the EPA’s limit for radium

It has been estimated that elevated levels of Arsenic adversely impact over 200 million people worldwide and 44 million individuals in the United States. Arsenic occurs naturally and is the 20th most abundant trace element in the earth’s crust. It is odorless and tasteless. Again, most of the Arsenic concerns are related to individuals that use private wells and well water, but there have been incidents of public water supplies, i.e., City Water / Tap Water, having elevated levels of Arsenic.

Federal Drinking Water limit for arsenic is 10 ppb which includes states like Texas, but some states like New Jersey have a drinking water limit of 5 ppb and California there is a “Public Health Goal” of 4 ppb. The Arsenic federal drinking water standard limit prior to 2002 was 50 ppb (Source).

These sources are not normally regularly monitored, tested or even maintained and many are part of a private water system that may not be regulated by the EPA, state-agency, health department, or even a county or township authority.  Private water systems are probably the most common type of water system in the United States.

For these systems, instead of identifying a particular contaminant, we’ll instead focus on the environment or conditions that lead to contamination.

The most common water quality issues are typically associated with where the source is located and how the water well or other source was constructed, surrounding land-use, and the local geology.

The primary contaminants related to water well construction or source construction (spring house/cistern/ stream intake) would be Total Coliform Bacteria, E. coli., Nuisance Bacteria, and Turbidity. A poorly constructed well or spring would allow surface water or near surface water to short-circuit the normally long-period of time it takes to recharge a local aquifer. In most cases, this is associated with nuisance issues such as water that appears dirty, contains sediment, damages household appliances and plumbing to situations where the user is exposed to a Bacterial contaminant that could make them sick or cause the premature failure of the pump/motor and decrease the efficiency of the well. (Source)

If you have a concern that your water is Contaminated, we recommend following the Path to Clean Water - First Get Informed, Get Tested, then Get Treatment.